Ciao! I have been here in Italy for almost two months! It’s so crazy for me to think about! I have had so much fun! I arrived on the 12th of September at the Alghero Airport where I met my host mom. We went home, ate dinner, I went to sleep and woke up the next morning ready to go to school. The first day of school was nerve wracking because I did not speak much Italian at the time and I had only arrived the day before. As soon as my first class ended everyone rushed to my desk and was so eager to talk to me. It was so comforting because I was scared that I would have a hard time making friends. There are five girls in my class who instantly welcomed me into their friend group. They are so dear to me. That week they invited me to go to dinner with them and they surprised me with so many snacks and candies from Sardinia that they each prepared specifically for me. I felt to touched I started to cry happy tears.

Since I have been in Italy I joined a running team and a dance team. Both of these sports that I love doing have also given me the opportunity to make many friends. After my first month of being here I met the other Rotary exchange students in my town. There is Jenna from the United States, Tomas and Philippe, both from Canada, and Andri from Switzerland. Twice a week we have Italian lessons together and then have gelato afterwards. There are also so many exchange students from other exchange programs in my town. Just to mention a few, there are students from Germany, Paraguay, Russia, Japan and France.

On the first weekend of October the Rotary Exchange students in my town and I flew to Milan to have our inbound orientation. There were over 150 exchange students there! It was so amazing to meet people from all over the world! I made so many friendships that I hope last forever. In March we are going on a tour all around Italy. I am so excited to see the famous towns that I have heard about my whole life and see the places in real life that I have seen in history books for years. In June we will go on the Euro Tour. We will visit 11 different countries. I am so excited.

I eat pasta almost every day. As soon as I think I have them all, my host mom cooks another type of pasta. There is also delicious bread that I eat with almost every meal. My favorite type of pizza is called pizza con patate fritte. It is a pizza with french fries on top. It tastes amazing. In the mornings I walk twenty minutes to school and usually stop by the bakery and have a donut or croissant. Although most of the dishes I have eaten taste delicious, there have been a few that are very different from anything I have had before. For example, typical Sardinian cuisine consists of horse meat, slugs, and lamb intestines. There is also a type of cheese that has live worms living in it. I have not tried this cheese yet, but I am sure it will be interesting.

School here is much more difficult than in the United States. I have school Monday through Saturday from 8 in the morning until 1 in the afternoon. The main thing that we do in school is listen to the teachers lecture for an hour and a half for each class. Then instead of written tests like the United States, we have interrogations. The teacher sits one person down in front of their desk and for the hour and a half the teacher questions them on everything they lectured about the week before. If the student says something wrong the teacher will tell them in front of everyone and tell them how many points that wrong answer cost them. It is honestly very scary and most people in my class end up crying. My teachers still make me do the interrogations, however I am allowed to look at my notes which helps a lot.
I go to a Linguistic High School where I study Spanish, French, Italian, and English. I have never really studied French or Spanish so it is very difficult for me because I am on a much lower level than my class who has been learning these languages for three years. Although English is taught in school, almost no one can speak it. They focus only on grammar so around 10% of the people in Sardinian can actually speak english.

One of the hardest things for me to adjust to was taking the bus everywhere. In my town in Florida there was not a public bus system and I had never used one before. My first week in Italy when I asked my host parents how I was supposed to get to the restaurant to meet my friends they told me I had to take two different buses and then walk for ten minutes. I was able to get to the second bus stop but accidentally took the wrong bus from there. Luckily I was able to use the bus app, see I was going the wrong way and got off before I went too far. I was so scared that I would get lost but I was able to keep calm and find out the best way to get to where I needed to go. Since then I made a few more mistakes, learned from them, and now I take the bus everywhere without a problem.

I have learned so many things in these two months and look forward to all of the things I will learn in the future. I have really been enjoying my time here and can not wait for the next 8 months. 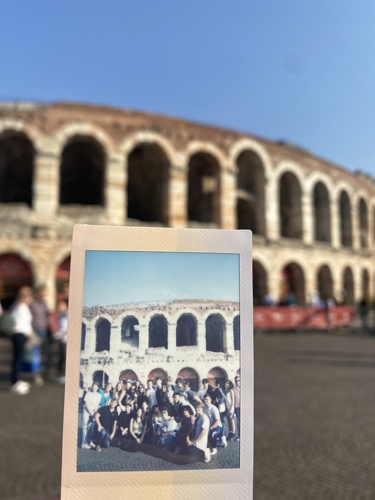 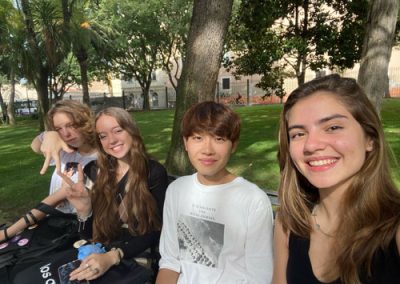 Hanging out with a few exchange students in Sassari 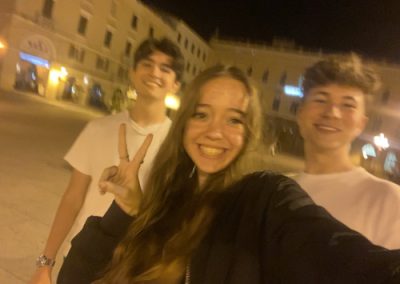 Thomas, Philippe and me 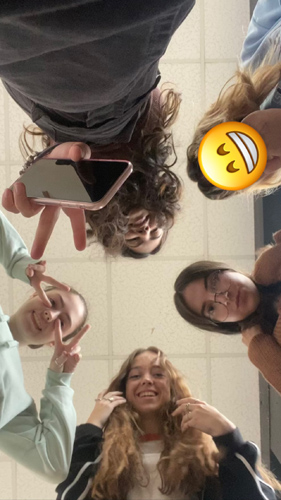 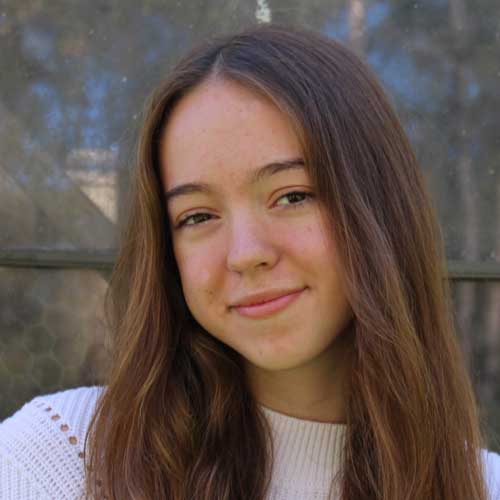